Skip to content
Home > news > Why egg cartons are so popular nowadays?

Why egg cartons are so popular nowadays?

What is egg cartons?

At present, most of the egg packaging on the domestic market is in bulk, and there are also large boxes. The egg packaging in advanced foreign countries adopts small packaging, such as 6 pieces, 10 pieces, 12 pieces in a box, and no more than 30 pieces. The advantages of small packaging are that the damage rate during handling and stacking is low, only about 1/10 in bulk. According to relevant foreign statistics, the broken rate of bulk eggs is generally about 4.5%. This kind of broken loss cost can be paid for better packaging, and the unit price of brand eggs is high. Besides, after the eggs are broken, the stickiness will pollute the surrounding environment of other egg cartons. The second is that small packages of eggs can be bought and eaten at any time. The eggs are fresh. A family of three can buy a box of 6 eggs and eat them in two days, and 12 eggs in a box in about four days. Just like milk, it is always better to eat fresh. When you go to the supermarket to buy milk, bring a box of eggs packaging with egg cartons along with you. The small package has another advantage: it has less fishy smell, peculiar smell, viruses and bacteria, and volatilizes quickly. Especially the paper pulp egg carton has good air permeability and adsorption, easy to exchange with the fresh air outside the box, and has a long shelf life. 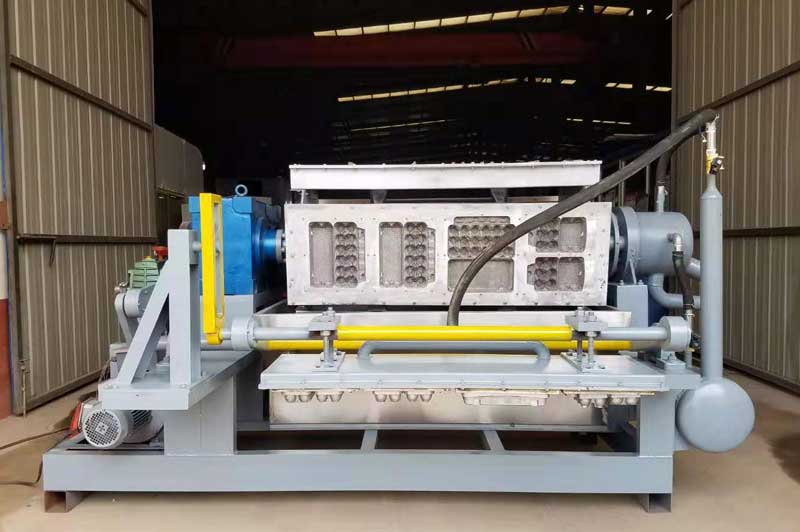 The current development status of egg cartons in China

Egg cartons can be basically divided into transportation packaging and consumer packaging according to their fields of use. The former mainly refers to chicken egg trays, and the latter refers to egg cartons (with lid). The two are used separately in the circulation of eggs. Egg cartons have been developing for a long time abroad, especially represented by European and American countries, which have formed a relatively mature national product and market system.

Egg trays have been widely used throughout the transportation process, especially in long-distance transportation. The egg tray is usually 30 trays, but some countries have exceptions. For example, Japan has 45 egg cartons and Spain has 15 egg cartons. Its material is mainly waste paper, called disposable pulp model pallets, which account for more than 90% of the market share, and the rest are plastic pallets, which are most used in Taiwan. The main reason for the large-scale use of paper mold trays is to take their one-time characteristics to prevent the spread of some diseases and other viruses, and to avoid the tedious work of disinfection and cleaning. In the specific role, the egg tray is also divided according to the size of the egg.

The production and supply of this kind of packaging are generally responsible for wholesalers. These companies buy eggs from chicken farms, clean them, sort them, repackage them, and then send them to supermarkets and other retail outlets. The egg cartons establish a close relationship of use. 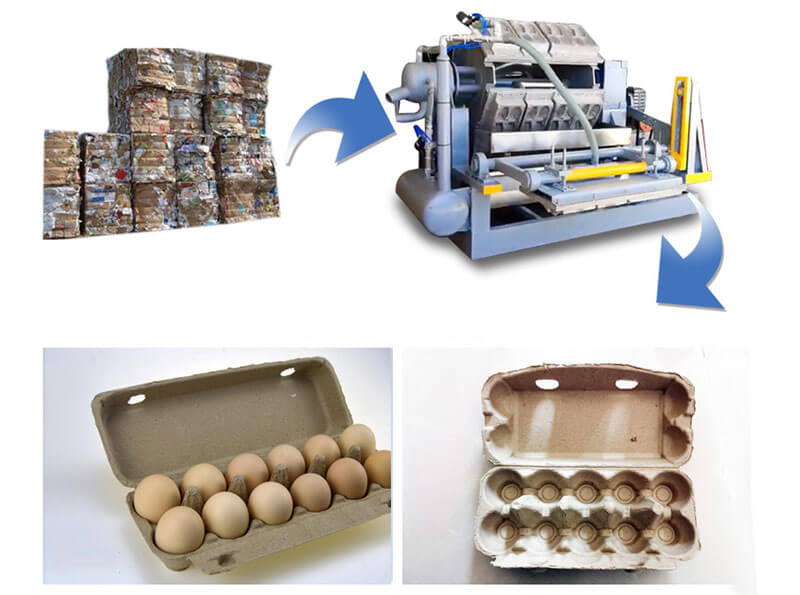 China’s egg production has been the best in the world for eight consecutive years, but there is still a lot of work to be done on egg cartons.

As far as egg cartons are concerned, although egg production is currently concentrated on farmers, the amount of egg transportation across provinces, cities, and regions is huge. At present, most areas have used the transportation method of egg cartons, which basically meets the requirements of protection performance.

Egg cartons are now widely used in China, the main reasons are:

AGICO Offers the Most Wonderful Service